From the first toothbrush to the globally active company

At the end of the 19th century the company already had a workforce of 30 who were mainly employed to manufacture hair and household brushes. It wasn’t until 1903 that the first toothbrush was produced in Triengen. At the end of the 1930s, manual tufting machines largely replaced the work done solely by hand. Tufting machines and various semi-automatic processes were among the most important innovations of the 1940s. In the 1950s, together with the University of Zurich, the first academic paper on toothbrushes was published. Since the mid-1960s, the participative management and participation model has turned employees into co-entrepreneurs. The concentration of the Swiss brush industry and strong growth of TRISA characterized the seventies and eighties. In 1989, TRISA took over the Walther brand and the brush factory Ebnat Kappel AG. In 1996, the sales company TRISA Bulgaria GmbH was founded, and in 1998, TRISA Accessoires AG, another parent company division, became independent. 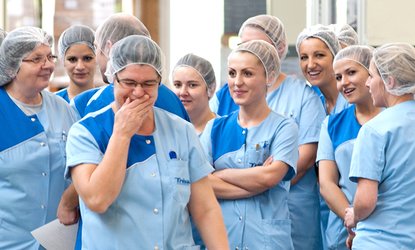